This last week I largely worked my way through my backed up Trello cards, as well as fixing Buildbot failures and various issues with movies in windows.

Some highlights from bug hunting:

After more MacGUI cleanup, windows look even closer to how they did on a real Mac, with proper title rendering, transparency, inactive window coloring, and a desktop background that doesn’t cause ScummVM to lag. Not to mention quite a few other rendering fixes: 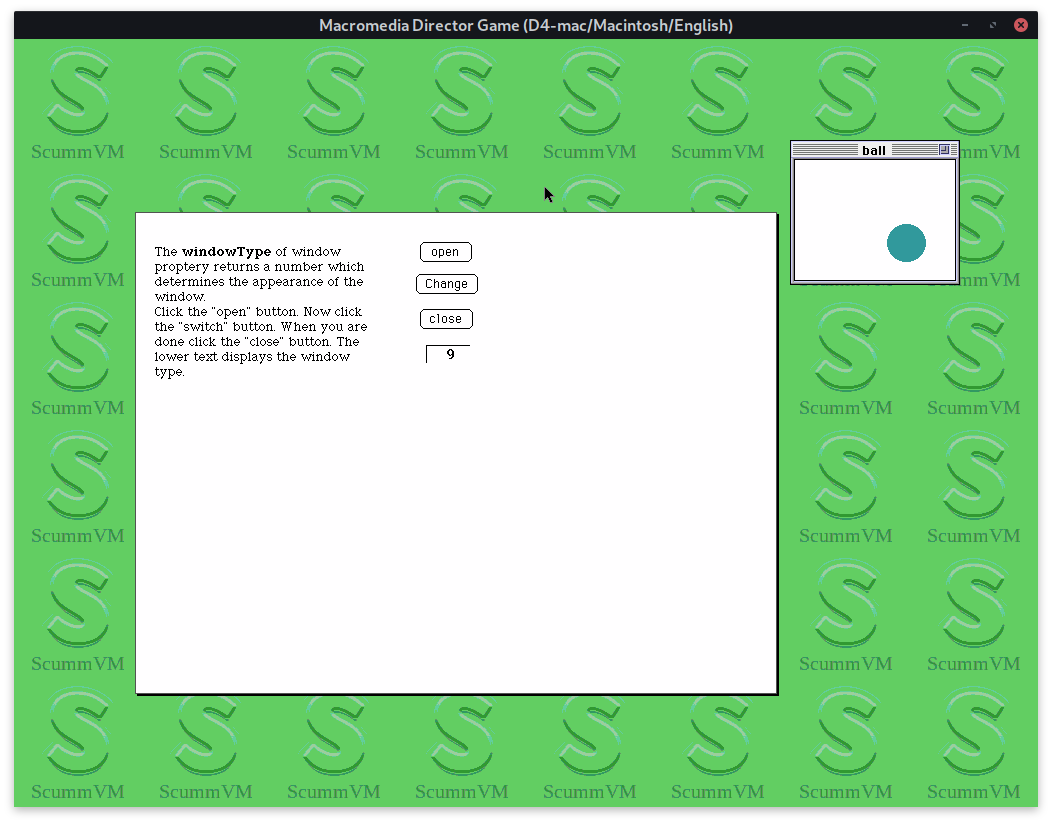 Over the weekend, I continued work on ProjectorRays, and it can now detect a movie’s Director version, load a movie’s casts, and link scripts to cast members so that they can be identified by name. These features were blocking lots of improvements, and I should be able to make progress on Lingo decompilation much faster now. The code will also be easy to reuse in ScummVM—I just copied over the version detection code today. :)